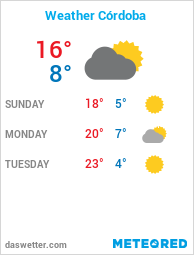 Argentina or the Argentine Republic is the second greatest country in South America and the eight-largest country in the world. Neighbor countries are Chile to the west, Bolivia and Paraguay to the north, Brazil to the northeast and Uruguay to the east. The language spoken by its approx. 40 millions inhabitants is Spanish. Buenos Aires is the capital and most populated city of Argentina (13 millions), followed by Córdoba (1.5 millions), Rosario (1.4 millions) and Mendoza (1 million).

Argentina is a member of the G-20 group of major economies, classified as a high-income economy with the second highest Human Development Index in Latin America.

Argentina is a safe travel destination and offers a great variety of spectacular landscapes to explore.

Go and experience this great country and its warm and hospitable people by yourself!

I can recommend Argentina. I have been in Argentina fro April until July. My accommodation was not a “normal” hostel, more a big, shared house with locals and other participants. I met immediately…